This auction is for a large two ounce starter culture of banana worms. This is a healthy, sizable culture that can be used to start mother cultures that will be ready to feed in short order.

Banana worms are similar to walter worms but more prolific. My current strain in fact are almost scary in terms of population doubling time. They are also smaller than micro worms and share the wally worm's ability to stay alive in tank water longer than micro worms.

These nematode worms thrive in a simple culture medium of oatmeal enriched with a small sprinkle of active baker's yeast. Room temperature up to about 85 F is acceptable, and the worms each throw 40 or so young from the their 4th day on. There will ALWAYS be enough worms on hand for all the fry you can produce. Within literally days of starting your cultures with our large starter portion you will see the surface of your cultures shimmering with millions of worms. The white areas on the sides of the culture below are many thousands of nematode worms. 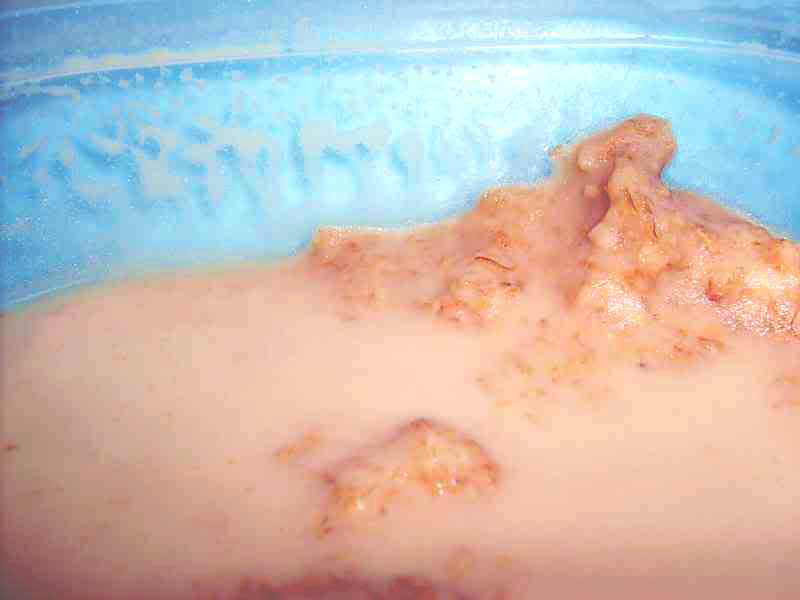 You also get three of my 7ml feeding pipettes 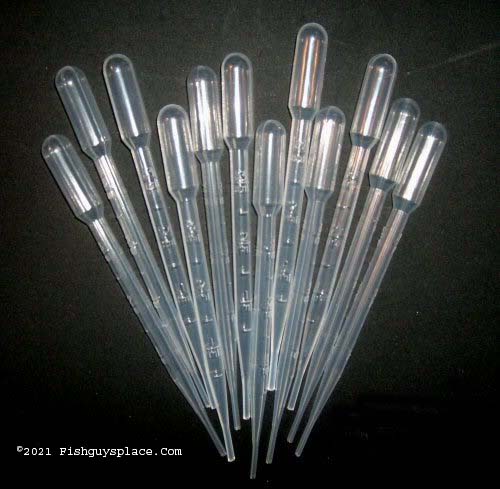 These heavy duty - and most importantly wide barreled - six inch long pipettes are graduated in 1/2 ml increments up the 3ml stem and hold a total of 7ml. They have multiple uses in any fish room or breeding setup. They will come in handy for dispensing medications, transferring fry and eggs (just snip the tip wider with a pair of scissors), delivering small foods right to the fry that need them without spreading them all over the tank, and a whole host of other applications.